Why do dogs eat grass?

Am I feeding him enough? Is he craving more “greens”? Is he in the middle of an identity crisis? Watching your dog chomping on a clump of grass for the first time can raise a question or two. So what’s really going on here - and should you be worried? 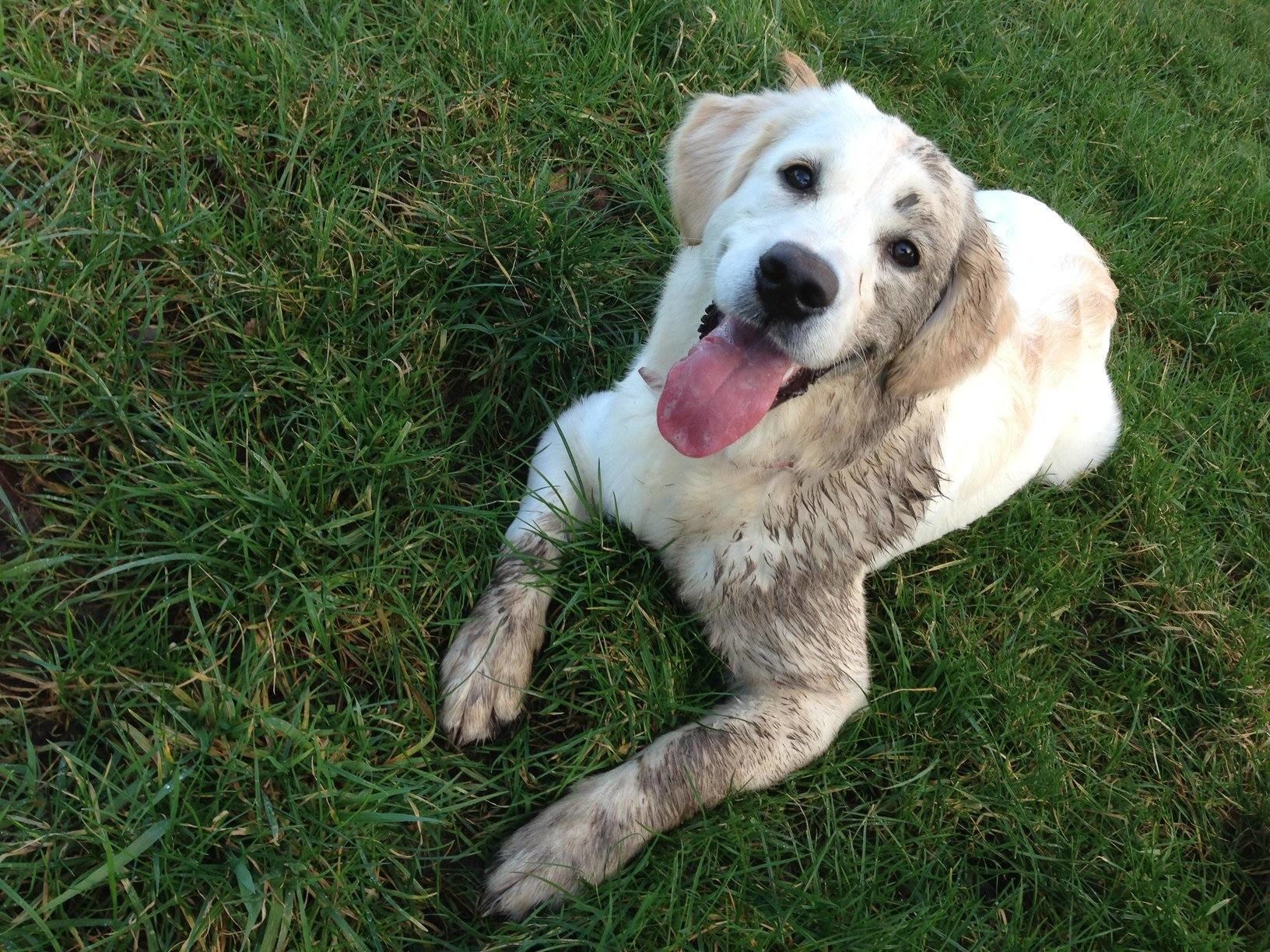 Is it just my dog who eats grass?
Not at all. In fact, one US survey found that as many as 68% of dogs do it.

Watch your dog eating grass and you’ll notice that we’re hardly dealing with “grazing” here. Most of the time, your buddy’s grass-based snack will just be a small mouthful of the stuff.

It’s part of a wider pattern of animal behaviour we call pica - where animals chew and swallow items that have little or no nutritional value to them. For eating grass, there’s probably a reason behind it - it’s just that scientists haven’t quite been able to say for definite what that reason is...

Do dogs eat grass to make themselves vomit?
When it comes to explanations, this has traditionally been one of the main contenders. The idea is that the dog instinctively knows that it should try to purge its stomach if it has eaten something it shouldn’t have - or if it feels the first rumblings of an upset stomach.

The only problem with it is that not all dogs vomit after eating grass. And if you were to ask an owner if there were any signs of a tummy upset either before or after they’ve swallowed the grass, many would say that there wasn’t.

Could it be because they are missing something in their diet?
This is possible, but in most cases at least, unlikely. On the scale of things, the amount of grass that they tend to eat is very small. And even dogs who are getting everything they need from a good quality feed (including plenty of fibre) will eat grass from time to time.

Are they just curious about what it tastes like?
Again it’s a possibility. But if this was all there was to it, you’d probably expect it to be limited to young pups. After they’d tried it once and realised that it was nothing special, they wouldn’t go back to it again.

Fact is that many dogs who have tried grass once will tend to go back to it - which leads scientists to believe that there must be some reason to it.

Is it to keep parasites at bay?
As highlighted by canine behaviourist Stanley Coren in Psychology Today, this theory relates to the behaviour seen in your dog’s wild ancestors: wolves.

Very often, woolf droppings will contain grass. So why would a woolf benefit from eating grass? It’s thought that as it passes through the intestinal tract, the grass wraps itself around worms and other parasites that are present there; effectively giving the gut a good clearout.

Thankfully these days, your dog is able to take advantage of more effective ways of getting rid of parasites. The parasites encountered by the domestic dog population also differ quite a lot to the pests that wolves have to deal with.

That said, it’s thought that we could be looking at an ancient evolutionary throwback here. In other words, your 21st Century dog might be still hardwired to tuck into some grass once in a while, as a way of keeping their insides parasite-free.

So should I be worried about it?
This type of behaviour is very common and it doesn’t seem to do our four-legged friends any harm. So you can be relaxed about it - and there’s definitely no need for a telling off!

Just be aware that some types of grass are poisonous to dogs. In the UK especially, all dog owners should learn to identify foxtail - and keep your dog well clear of it. This grass variety has long spiky seeds that can cause pain, infections and sometimes even death if accidentally eaten or if it goes through the skin and penetrates an organ. Keep an eye out for it - and keep your dog out of the long grass.

Did you know that grass seeds are one of the most common causes of ear infection? Eating regular grass isn’t usually a problem. But after a country hike or a quick lap around your local park, it’s always a good idea to take a good look inside the ears and carefully clear out any debris. This is especially the case with the likes of Spaniels, Poodles and other long-eared breeds whose heads are always so close to the ground!

Why are dogs noses wet?!?

Why do dogs lick you?