They’re chunky. They’re lively. They’re bat-eared and beautiful. French Bulldogs might be small, but their larger than life personalities make sure they never go unnoticed. Frenchies love company and constant attention, they’ve got a lotta love to give and can’t wait to share it around.

Frenchie’s have a reputation for playing the class clown, and can hold the attention of a whole room without even trying thanks to that ‘endearing’ stream of grunts, snorts, and flatulence! They’re usually well behaved and pretty chilled out, but really don’t like being alone, and will pine and sulk if you’re gone for a long time.

Colouring: there are three officially recognised colours: pied, brindle and fawn. You might spot a few other colours, but watch out - the French Bulldog Club of England advises against buying a puppy with a non-recognised colouring, as they may be more likely to have underlying health problems and temperament issues.

Average purchase cost: You’re looking at somewhere between £500 and £800.

Anyone looking for a dog that’s small but sturdy, perfect if you don’t have that much space. Frenchies make great family pets or buddies for the elderly.

Frenchies are relatively low maintenance. Most need a couple of walks each day, but they’re no athlete: 15 mins for each trip should do it. Fave hobbies include chasing balls around the house or garden - and kicking back on the sofa in front of the TV.

Barking can be a problem where Frenchies are left alone for long periods - so if there’s no-one at home all day, this breed might not be for you. 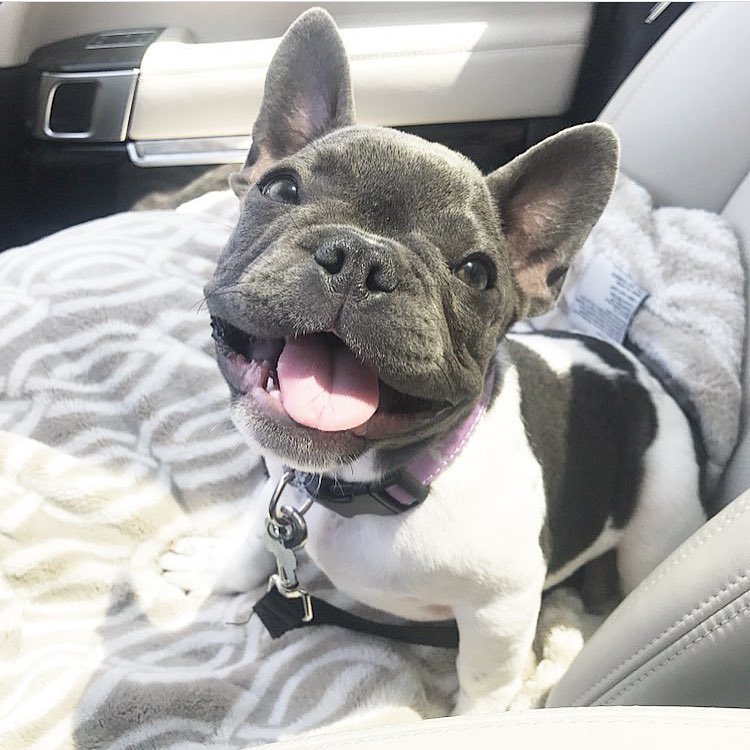 When meeting new people or pets, Frenchie’s can suffer from “little dog syndrome”. They might be snappy and territorial at first, but once the intros are over they’re super chilled and will generally get on well with everyone.

Frenchie’s are known to be smart but stubborn. They love a game, but can find it hard to see the ‘fun’ in training. The trick for training your Frenchie is short sessions, a few times a day. Try and mix up the routine to keep it fresh and stop your buddy from losing interest.

Let’s just say, Frenchie’s don't take criticism well. If they think they’re being told off, they’ll bark and sulk. This means house training can be a long process! A crate can help: slowly increasing the length of time your French bulldog is in the crate helps him to learn to “hold it in”. 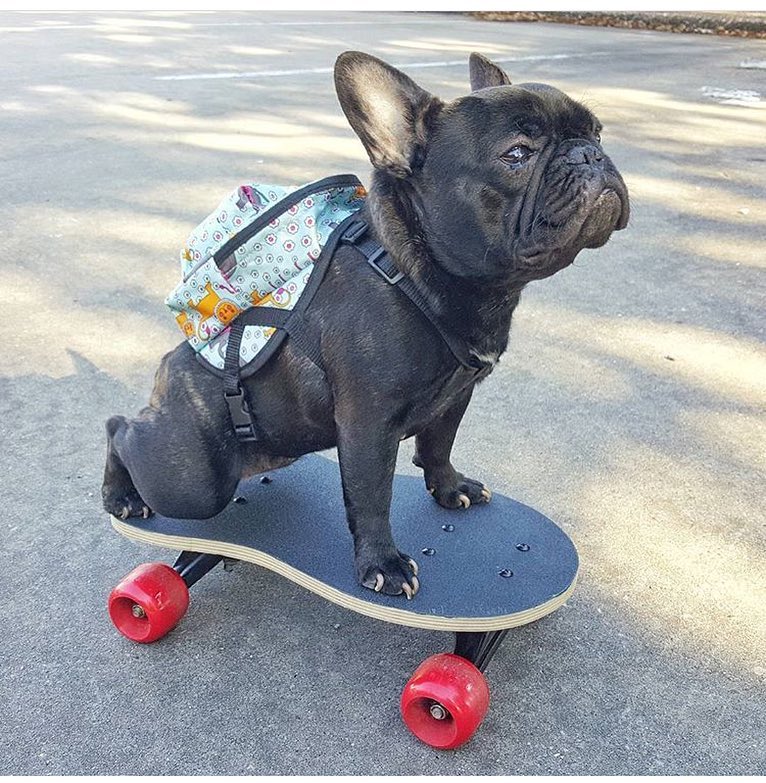 A short smooth coat means no clipping, and no need for trips to the groomer. Frenchie’s are low-to-moderate shedders - just give your buddy a weekly brush to help keep this under control.

French bulldogs are especially prone to sun stroke - so in the summer, try to walk early in the morning or late in the day. When out and about in the heat, take it slow and have plenty of water and ice at hand.

Give your buddy a monthly mani pedi to keep toenails in check. To help keep halitosis at bay and keep teeth and gums healthy, teeth should be brushed several times a week. Those big bat ears also need regular cleaning to reduce the chances of infection. Use ear rinse and a cotton swab - but be careful not to go into the actual canal or you could end up impacting more dirt into the ear!

As adorable as those wrinkles are, moisture can quickly build up, providing a breeding ground for bacteria. Reduce the risk of infection by cleaning with warm water - only use soap or shampoo if your vet tells you to.

Common health issues to watch out for...

As a short-faced dwarf breed, French Bulldogs unfortunately suffer from their fair share of health issues: